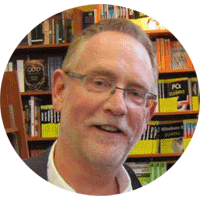 The coming academic year 2020-21 will no doubt go down as the most difficult any school has ever faced. Gone is the pure anticipatory excitement of a new grade, new teachers, a new school and newly-purchased back-to-school clothing and supplies.

For some parents, especially those of young children, it will be as if they are sending their child off to war.

But schools are all preparing to make the return to school as safe as possible under the special circumstances of a world-wide pandemic. Administrators are tasked with preparing their school using guidelines set out by the government and extending those even further.

Boarding schools like Stanstead face a particular challenge inasmuch as a good percentage of their students come from other countries outside of Canada. When I contacted Stanstead’s head of school Michael Wolfe, it was late in the evening, the end of a very long day for him that began at 6:30 am and ended with a long distance Zoom (in Mandarin) call with parents of Chinese students who will be in his care for the next 10 months. He was generous with his time considering he was at the tail end of a 16-hour day. With about three weeks to the beginning of the school year, Wolfe is still not sure how many students will be able to make the journey.

Lower Canada College’s head of school Chris Shannon, who spent 6 years as head of school at Stanstead, can empathize with the uncertainty his successor is facing. He too took time out of his busy schedule to outline the protocols LCC is undertaking to make the school as safe as possible for a September 2 return.  Shannon knows that all he and his staff are doing could change from day to day, week to week. He calls it being in a state of “high-flex.”

For both schools – and the hundreds of other public and private ones also in a state of high-flex – this school year is a test they’d rather not write. But a test nonetheless.

Tucked into a quaint piece of rural real estate in the Eastern Townships of Quebec (about a 3-hour drive from Montreal) is Stanstead College, a co-educational school that is home for almost 10 months of the year to students from countries like China, Mexico, the US and Canada. Stanstead College has a rich history, constructed only seven years after the birth of Canada in 1867. Include two world wars, three devastating fires – plus various upheaval beyond its borders – and Stanstead can at the very least claim durability as one of its enduring traits. The 2020-21 academic year for Stanstead, as well as all schools across Canada, will certainly test its durability along with so many other important principles of education and human behaviour under stress.

Head of school Michael Wolfe has spent a lot of time recently with parents of prospective students on Zoom calls, which have now become an essential tool in guiding parents waiting for study permits to come through and assuring them that all possible safety measures are in place to mitigate the impact of COVID-19. “It’s not normal to hold as many online meetings as I have recently, “ said Wolfe, who is in his 16th year as Stanstead’s head of school. “The situation calls for a lot more communication with parents.” The Zoom calls to international locations mean French, Spanish or Mandarin translators have to be used, adding a certain degree of difficulty and diplomacy to the process.

Almost 50% of Stanstead´s students come from away

​Will there still be roommates? What if my permit is late? How will my son or daughter catch up if they arrive late? Are masks compulsory? These are just some of the questions parents need answers to and for the most part Wolfe can answer them. Yes, there still will be roommates. And according to the Quebec government’s guidelines masks are needed in communal settings. Students arriving late will be quarantined and receive online instruction to make sure they are caught up. However, the permit question is a bit more delicate a matter. The pandemic has made the bureaucracy of processing permits a little more unpredictable which is why Wolfe is not sure about Stanstead’s enrolment. Almost 50% of Stanstead’s students come from away. “Last year we had 245 grade 7-12 students, but this year we’ve budgeted for a number of scenarios based on different numbers,” he said. He has 18 students who live just across the border in Vermont who will have to quarantine, then either board at Stanstead or find a local home that will billet them for the school year. As of now, the US/Canada border is closed until September 21. 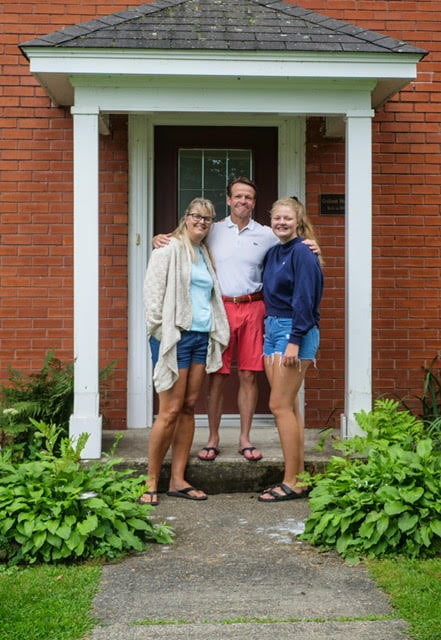 ​With a September 2 start up date, most international students will aim to arrive on campus at least two weeks prior in order to be able to quarantine. Stanstead has leased a former seniors home for that purpose. And though the Canadian students will not need to self-isolate, those that could normally go home for the weekend will be asked to remain on campus. “We could set aside certain weekends for the Quebec students to go home, but for now we want them to stay on campus,” says Wolfe. Whereas many schools are concerned about the logistics of maintaining social distancing in crowded hallways and clogged communal areas, Stanstead’s sprawling rural campus and small class sizes will mean that an important covid guideline is one less thing staff and students have to worry about. 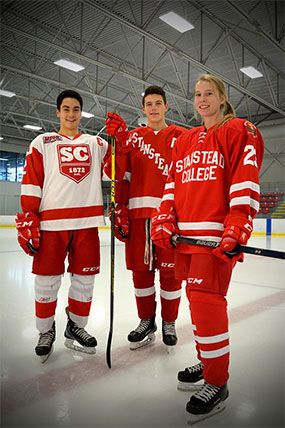 Athletics is central to the Stanstead student experience, but COVID-19 has thrown a wrench into the school’s hockey schedule in particular. Competition for the Stanstead Spartans varsity girls and boys hockey team comes primarily from schools in the New England states, (the Vermont Derby Line border crossing is but a five minute walk from campus)  so this season they’ll be scrounging around locally for games. Fall sports like soccer and cross-country running will go ahead as normal. Perhaps leading the cross-country pack will be the head of school Wolfe who has raised $19,000 for personal protection equipment for students by running an average of 100 km per week since last March.

Meanwhile Wolfe, whose wife Amy is the resident librarian, science teacher and girls basketball coach, have a full house for the coming academic year. Youngest daughter Hayley will be starting grade 9 this year while her older siblings Campbell and Riley are working towards their post-graduate degrees from the relative safety of their father’s campus residence. Wolfe is well-positioned to understand the challenges ahead for students, some of who are away from home for the first time. “Our focus is on campus life. Though there’s a lot of anxiety,” he added. “I know our teachers are ready to go and we’ve done everything we can to make Stanstead a safe place to be and learn.”

Compared to Stanstead, Lower Canada College – or LCC as it is more commonly known – has a much more urban profile in the Montreal-adjacent borough of Notre- Dame-de-Grâce (NDG.) LCC’s head of school, Chris Shannon knows all about boarding school life after 6 years in charge of Stanstead before Michael Wolfe took over in 2005. But like his independent school colleague, he acknowledges the coming academic year will present a whole new set of challenges. If he and his staff don’t have every covid contingency in place, it’s not from lack of planning.

Shannon heads up a team of 14 administrators who deal with the 800 students from Kindergarten to grade 12. They’ve all been busy setting up the school to maximize a smooth return on September 8. Though students have not physically been on campus since mid-March, LCC provided online instruction to keep them engaged and learning before the Quebec government laid out its back to school protocols in August.  Although there was no official evaluation at the end of the academic year, Shannon said the overall feedback LCC got was good. The Quebec government has made it clear that unless students can provide a medical reason, they are expected to be in class. LCC will make some online instruction available to students with health issues as well as international students waiting for permits to come through. Shannon said all LCC teachers are good to go in September but has hired a few extra teachers to cover internal substitutions. 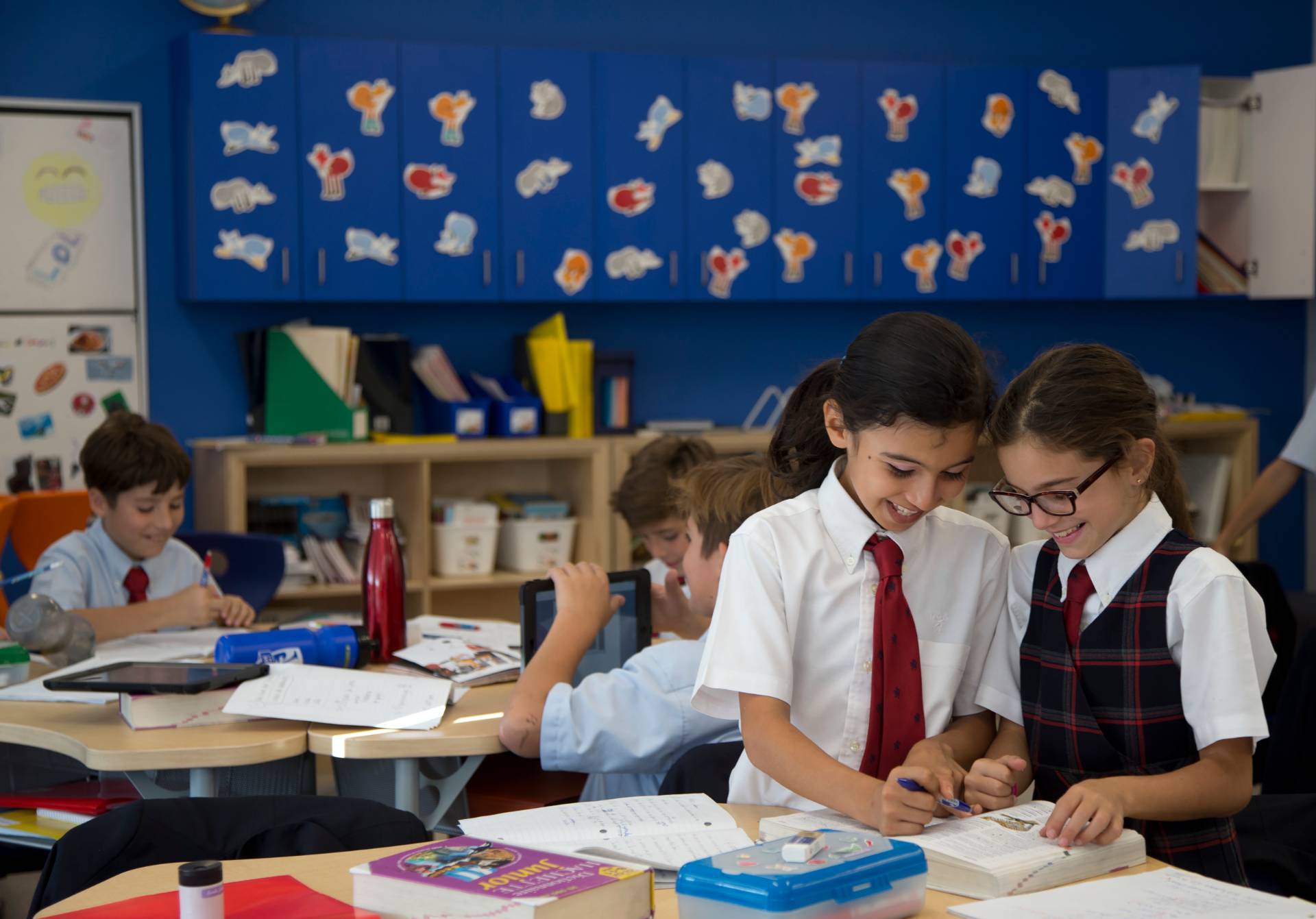 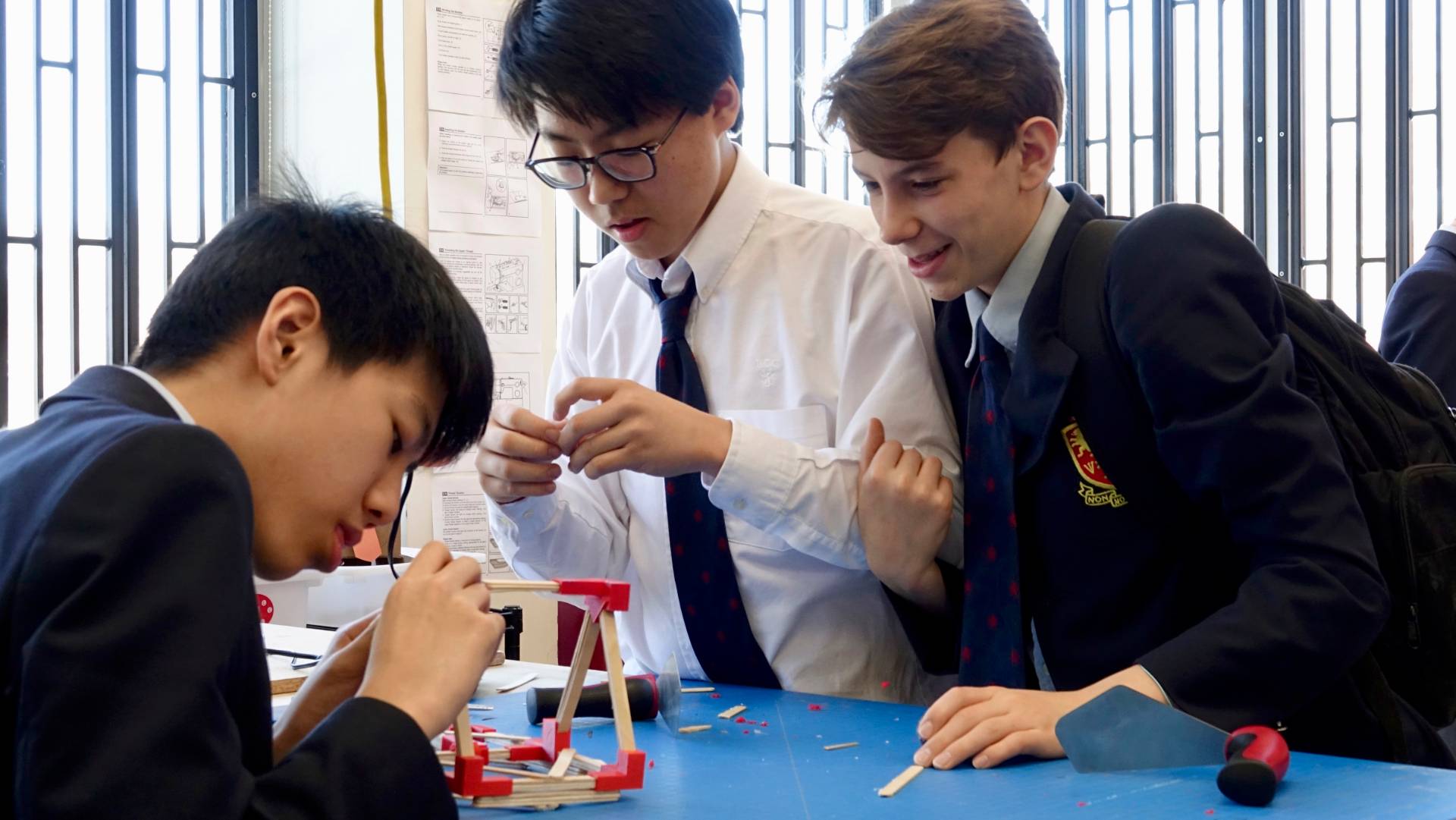 Parents will no doubt find it reassuring that LCC has installed an HVAC system and each class will be equipped with an air purifier. Classrooms will each have their own hand sanitation stations and the school will be professionally cleaned after each day. Students will be asked to bring their own lunches or request a cold lunch that will be delivered to the classroom. For now the dining area will be off limits to students. There will be staggered arrival and pick-up times to minimize human traffic jams. Some students may be happy to see the “no parents in the school rule” but these are extraordinary times – or “high-flex” times as Shannnon put it. “We have to be flexible as we make our way through these first few months of school,” he says. “Rules may change, but I think kids are resilient. Change is hard for most but we’ll find our level of comfort.”

Shannon has found his level of comfort by providing online video messages, something he started for the 2020 grads who were ceremonially short-changed by the pandemic. There’ll be no welcome back assemblies, the bread-and-butter- back-to-school routine for every school administrator. These videos have been such a success, the LCC community can count on weekly messages from Shannon who will keep parents and students up to date – a kind of state-of-the-nation speech. Moreover, LCC has set up a private access website with a detailed outline of back-to-school protocols which will be updated as the academic year progresses. 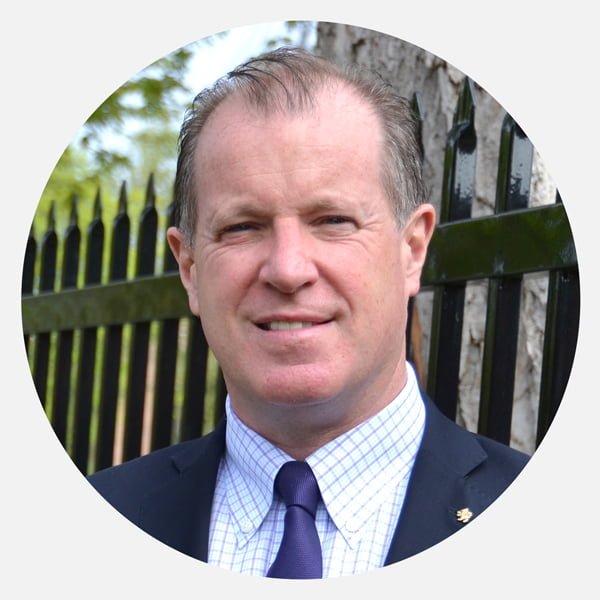 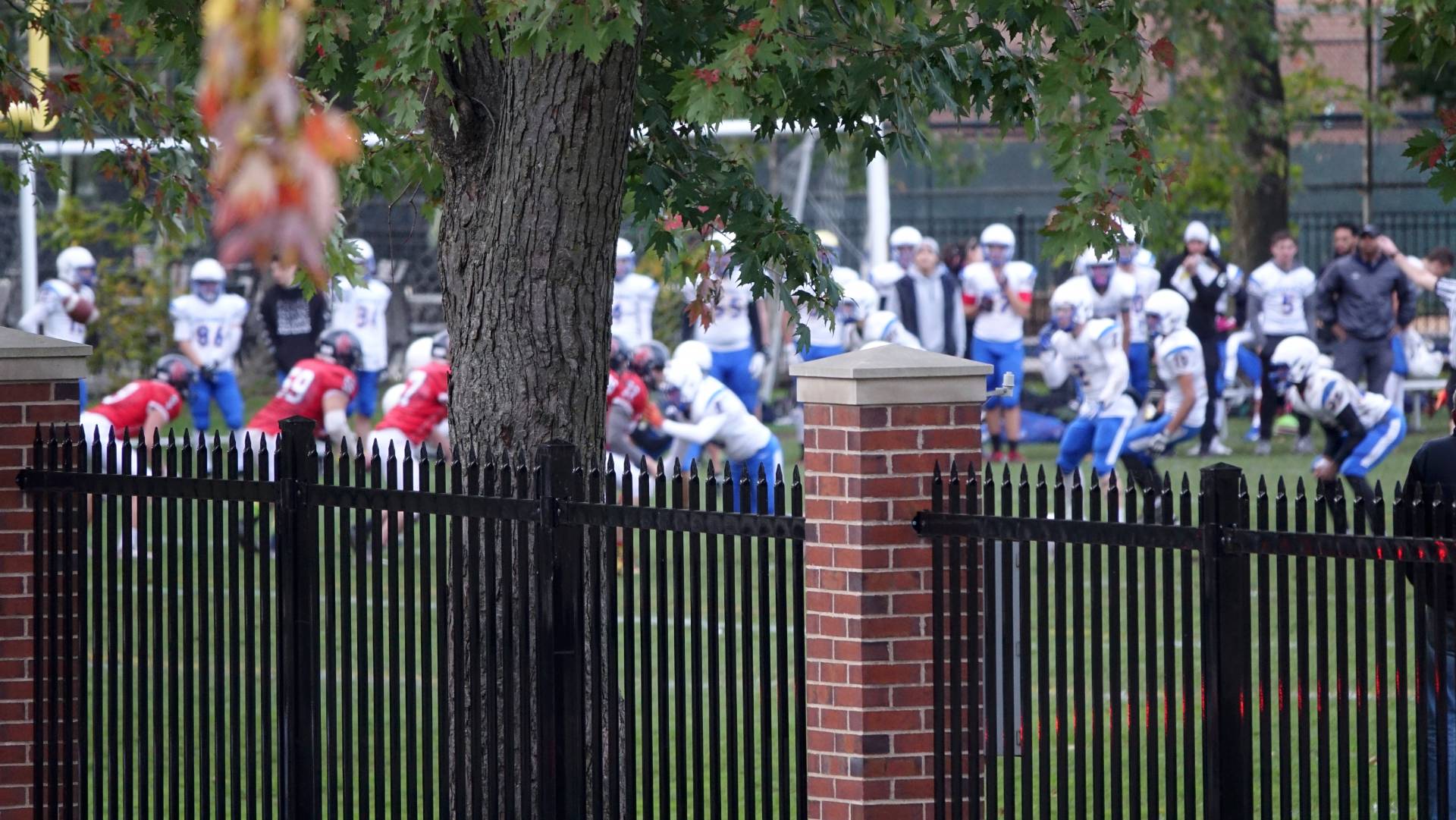 ​As with Stanstead, LCC puts a heavy emphasis on co-curricular programs be they sports or the debating team. LCC’s football program is one of the casualties of the day but non-contact sports will still go ahead. Whatever can’t be accomplished in person will go online. “The pandemic is a kind of textbook for global forces at play,” Shannon says. “Though it has its obvious downsides, this (pandemic) brings a community together.”